All the Lives We Never Lived - Anuradha Roy

It's a highly acclaimed book and won many awards and much praise. The story is about Myshkin, named after the character in Dostoevsky's 'Idiot', whose free-spirited mother Gayatri or Gay runs away with another man, a free-spirited painter Mr Walter Spies, a German who relocates to Bali and paints. Now Walter Spies apparently is a real-life character who dies in a shipwreck. The book takes off at a fictitious point where Walter comes to India and meets Gay and influences her enough to run away with him and his friend Beryl de Zoete. Gay leaves her rather rigid, narrow-minded husband Nek Chand and her ten-year-old son Myshkin and flies away. She actually plans to leave with Myshkin but he gets late from school so she leaves without him. 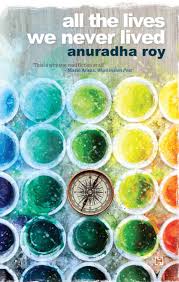 The writing is perfect but I have problems with human behaviour. Why, if she loved Myshkin so much, did she leave him behind? What exactly is the relationship between her and Spies and de Zoete? What is Myshkin thinking - he seems to take her disappearance quite casually except for writing letters? More than the letters he receives from his mother, Myshkin unearths a bunch of letters written by his mother to her friend Lisa McNally where she explains her life in Bali, how she is making progress as a painter, how Spies is arrested and each letter ending with her love for Myshkin. She actually sets out to meet Myshkin finally and no one knows what happened to her after. Myshkin meanwhile has become a passionate horticulturist, fighting to save trees in Delhi.

Dada was an interesting character. Nek Chand too. Gay is free-spirited but what she looks for I am not sure of - love from Spies, freedom from Nek Chand. Somehow Gay never came across as a gay person to me. Myshkin is rather sad as one would expect him to be. Spies seemed like a happy character.
Posted by Harimohan at 11:21 AM