One of those films that was probably based on an inspiration that one gets from real life. An old palace is the centre of activity - there are some priceless miniature art works there and many who want to steal them. 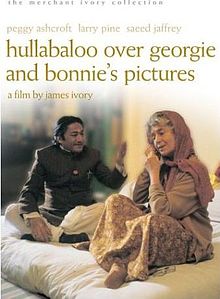 The Maharaja (Victor Banerjee) himself could do with some money, so does his sister (Aparna Sen), so does the American collector and the British collector. But they find out its not easy.

As with all Ismail Merchant movies, India is shown beautifully. You could just watch scenes of the palace again and again.
Posted by Harimohan at 7:32 PM