How to do things well - The MasterChef Australia Validation 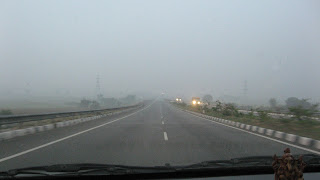 Much theory can go around it to figure out how champions do it but in the end it is this - do it, one basic thing at a time. One clear idea. Organising the mind. And - do it intensely in that moment.

Great validation for this thought came from the Masterchef Australia Chef who summed up the process of good cooking today - (1) Be clear about the core idea (2) be true to the core idea even if you want to improvise and (3) organise your thoughts and processes to arrive at the core idea as best as you can.

Simple huh. You can use that formula for anything - writing a book, batting and bowling well, cooking, team selection - anything. Thanks Chef!
Posted by Harimohan at 8:27 PM