It was only last year that I had decided to correct a major shortcoming in my life – I had never seen the Himalayas and wanted to see them. My good friend, the extremely competitive, taciturn, sentimental, large hearted lover of good times, one with a fine sense of humour and one who enjoys a good laugh, Ranjan Pant, was at Dehradun and we somehow got it all together - with much encouragement from him. I set off to see the Himalayas alone. It was an experience that somehow left a deep impression on me. The vast mountains, the fresh air, the deeply spiritual experience at Rishikesh, the colourful trees, the flowers – I knew I wanted to go back there and sit on the banks of the Ganges or walk along the pristine mountain roads and explore a bit more. Sometime again, I promised myself.

When Vasu, my old friend from All Saints High School, a successful entrepreneur who manages a fairly large sized infra company with uncommon ease and flair, a man who has a heart of an adventurer (one that is concealed from the untrained eye), suggested that we go to a skiing resort up in the Himalayas called Auli, more than a month ago, everyone nodded. I nodded too, with a rider that I would not ski – I could not imagine something sliding under me in my currently unbalanced ways. Used to many such plans being made and not being followed up all the time, we, Koni, Kiran, Ranjan and I, waited for things to unfold to see what happens. But Vasu being Vasu, was as good as his word, and we were soon having to confirm our participation as the promised dates arrived. Unused to such precise planning, to all order and structure, we were in unfamiliar terrain – unable to decide till the last moment. But Ranjan who went back to Dehradun had the whole thing in control and we all had to merely get on board. All else was set. We merely had to board our respective flights and show up.

Koni was not set. As usual. The day before the trip, Mr. Unpredictable sprung a twist in the tale at the last moment. He called me and told me that the trip had to be cancelled in his curt businesslike tone. Things had cropped up he said. Important stuff and he had to be around to set them right. Cancel was his last word. I knew this would happen. I pondered over this new and familiar development. Koni and I were to take the flight on the 2nd to Delhi and take the road to Dehradun. This trip was something that Koni had prompted at a time when I was dilly dallying on the decision to make the trip. Doing it alone did not appeal to me. I decided to give myself an hour to figure out what to do and called all other concerned parties to inform them of the latest. 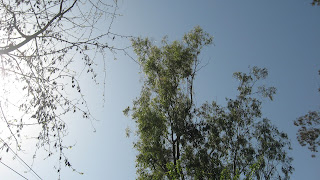 The sudden prospect of the lack of Koni and his customary madness was a huge dampener to Kiri and Ranjan and I could sense the disappointment in everyone’s voice. Vasu called as well and asked if Koni was on board. I said I’d do something about it. Something clicked in my mind and I decided for both Koni and me. Time to assert oneself I said to myself, to seize control, to not always be dictated to. We were going. I’d get him out of the bed even if I had to and drag him to the airport next morning at 4. That was it. I called him and told him that. He listened quietly not used to having plans dictated to him normally. But to his credit he listened. To seal the issue we went and bought some stuff, shoes etc for the trip, and split. But with Koni you never know until we get on the plane. Tenterhooks all around.

At 3 in the morning he would not pick up the phone. I thought he’d done me in. He was quite capable of such a thing. But he had never let me down when he had confirmed something yet. Tried again. Luckily he picked it up at 4 and somehow we made it to the airport and were on the way. The Himalayan expedition was on. Assuredly it would only get spicier, noisier and more unpredictable with Koni around. All hopes of quiet sojourns on the Ganga, introspective evenings and serious conversations could now be shelved. The trip would take its own shape now - in all the opposite shades.

I slept in the flight and caught up on my sleep. At Delhi we met Vicky, the man with the Innova. Vada was priced at 80 bucks at the  Delhi airport so we decided to eat on the way. Vicky drove us to Nathu’s on the way to Dehradun where we had breakfast. Chole bhatura was good, but don’t ever order a puri there. Its  pathetic. There were pictures of Raina, Kaif and some Indian cricketers from those parts standing with the Nathu’s management. But none of them were eating. It was a quiet drive after that and we both caught up on our sleep. Reached Dehradun by 330 in the afternoon. Went out shopping some more for Koni in the evening, gave our coordinates to Ranjan and prepared for the climb into the hills the next day. I got a packet of Alpha MS from a homeopathic shop who recommended it highly for motion sickness, something that bothered me the last time. Two pills one hour before the drive and two every three hours thereafter, very effective. (It was. Don't ever climb the hills without these magic pills)

I read from Sidin Vadukut’s new Dork book which was pretty funny and Koni filled himself up merrily with some rum that evening. Kiran, Vasu and Vasu’s fourteen year old sporty son Aditya were to fly into the Jolly Grant airport at Dehradun next noon. Koni and I had made ambitious plans of taking off at 8 a.m. But since the night had come to a close only at 230 a.m., which, I soon came to know, was to be the standard time for falling asleep on this particular vacation owing to Koni’s philosophy that no one should sleep on a vacation, we started much later.
Posted by Harimohan at 4:18 PM