Thought for the Day - How To Handle Hopeless Situations

Though I am writing this from a sports and games point of view, it could also be true of real life situations too. How to handle hopeless situations is a question that always bothers us. What do we do in hopeless situations? Normally we give up and let the situation drift because we have given it our all and nothing has worked. It just seems obvious that we must now accept the verdict and move on. So, the common practice is to save your energy, take the hit on your chin and move on.

That is what many normally do. We give up after a stage and let the story meander on to the logical conclusion. Typically this is in the last 20-25% of the process. Our effort goes through a graph where we are tentative at the beginning, increase effort in the middle and give up when the advantage shifts. The last stage is when your effort dips drastically. 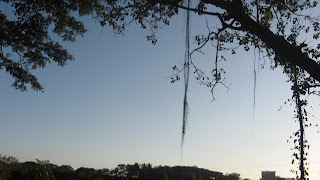 I would say, when faced with a hopeless situation, double your effort. As you are approaching the end, the last 20%, shut your mind out to the result. Double your effort blindly and keep on increasing effort until it is all over. If it is a a team game tell the rest of the team to double their effort until the very end, the last ball as they say. In short - from the stage when you first get the thought of mentally giving up, until the last ball is bowled and the result is given against you, forget about the result and just double the effort.

My theory is that you will start winning two games out of five initially. As you play more games with this in mind, you will find more effort coming up in the earlier part of the game itself. It will have an effect of increasing the win-rate for your team. Go for it. You've nothing to lose.
Posted by Harimohan at 10:26 AM