Anjali suggested I read this book so I picked it up. Poirot meets Lady Edgware, one Jane Wilkinson, an actress. She wants Poirot to speak to her husband Lord Edgware and get her a divorce so she can marry someone else. Poirot volunteers to do so and meets the Lord who tells him that he has already decided to grant her divorce and has written to her about it as well. But Jane Wilkinson has not received the letter and she keeps joking publicly that she would love to kill her husband. And then Lord Edgware is found dead, stabbed to death. All evidence points to Jane Wilkinson who had been to the house and met him. 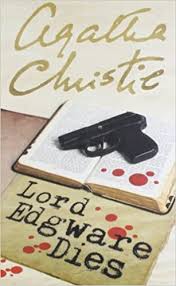 Poirot examines many angles and comes to the conclusion that only one person who have committed the murder. As dramatic and interesting as any Poirot books can get.