This is a treasure of information for anyone interested in the craft of cinema. Tula Goenka interviews some of the top directors of Indian cinema and tries to understand their process and their thinking. It's very interesting to see their journeys, what inspired them and what they think of cinema. 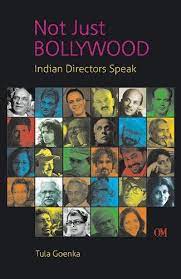 The book is split into five sections - North (sub divided into Popular Hindi cinema, Parallel cinema, Multiplex cinema), South, East, West and the World. I am going to see how many of their films I watched.

South has interviews of Adoor Gopalakrishnan and Girish Kasaravalli.

Wonderful stuff. Thanks Abhinay for sharing. I loved reading it.

Posted by Harimohan at 3:47 PM