eCanteen Fundas - Define Your Role and Play it Well

Know your role, expand your role and play it well!

E-Canteen Fundas: Play every role like it’s an Oscar-winning one 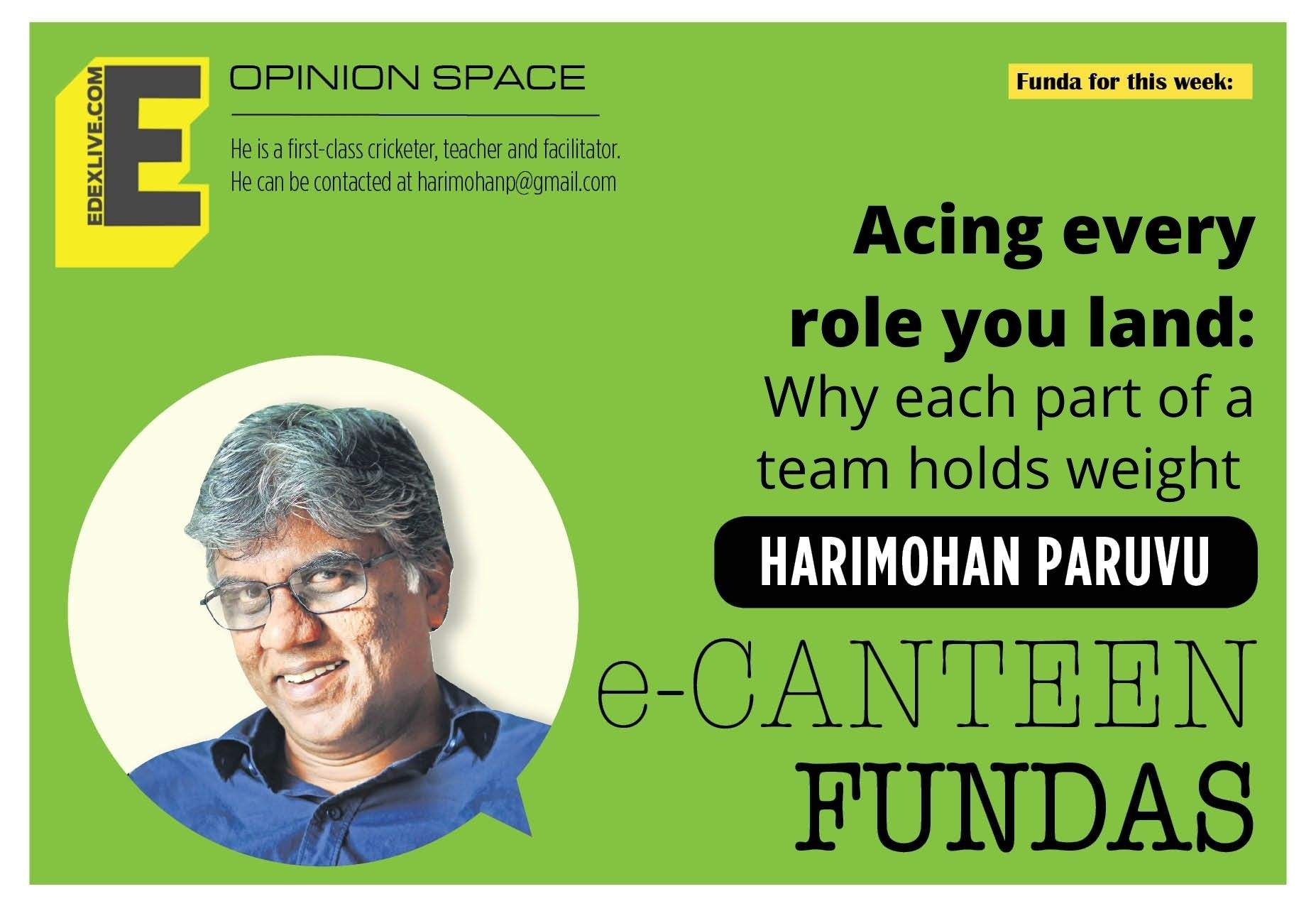 I landed a supporting role in the college play,’ said Rinku.

‘Nobody will notice you if you’re not the lead,’ said Rahul. ‘You should quit.’

‘Rahul, she’s part of a team effort,’ said Rakesh. ‘Just like you’re part of your basketball team and want your team to win, I’m sure Rinku wants to be part of a successful play too.’

‘You can’t be part of successful teams by not putting your heart and soul into your role,’ said Rakesh.
‘Are you playing your role to the best of your capability in teams that you’re part of, Rahul?’

‘What teams?’ asked Rahul. ‘I’m only on my basketball team.’

‘How about your family, friends, college and society?’ asked Rakesh, ‘Where you play the role of a son, student, friend, citizen and human? If we’re not aware of our roles, we’re like actors standing on stage but not playing our part.’

‘But what are we supposed to do, bhaiyya?’ asked Rahul. ‘No one told us what roles are or what’s expected from us.’

‘Roles are about expectations,’ said Rakesh. ‘For any team effort to be successful, every member must know what’s expected of them. The director of your play or the captain—your team must define everyone’s roles so you can perform to expectations. Most times, our roles are not clearly defined which is why we hang about aimlessly instead of putting our heart and soul into it.’

‘What should we do then, bhaiyya?’ asked Rinku.

‘Whatever part is given to you, define your role clearly for yourself,’ said Rakesh. ‘That way, you play your role to the best of your capability. Then, you can expand your role to help others and contribute to help your team succeed. Remember, every role, big or small, is equally important in team effort.’

‘Yes, bhaiyya,’ said Rahul. ‘The sweeper in our building, Ramesh, takes on the role of making our premises the cleanest and finds ways to beautify the place. It’s so uplifting for all of us.’

‘And there’s Nisha who got dropped from our play,’ said Rinku. ‘Instead of cribbing, she took on the role to help us out. I’ll now define my roles in teams, expand my role and contribute to a
successful team effort. I see how it helps both me and the team.’

PRO TIP: Define your role clearly for yourself so that you do your best in every team effort you’re part of. Then, expand your role and contribute to the success of your team.
Posted by Harimohan at 6:09 PM