The team must be fully aligned together - like a FIST...for maximum effect!

E-Canteen Fundas: Here's why good teams should come together like a fist


Pro Tip: For best results, your team must align like a fist. Every member should know and perform their roles in alignment for the team purpose. No one is greater or smaller. 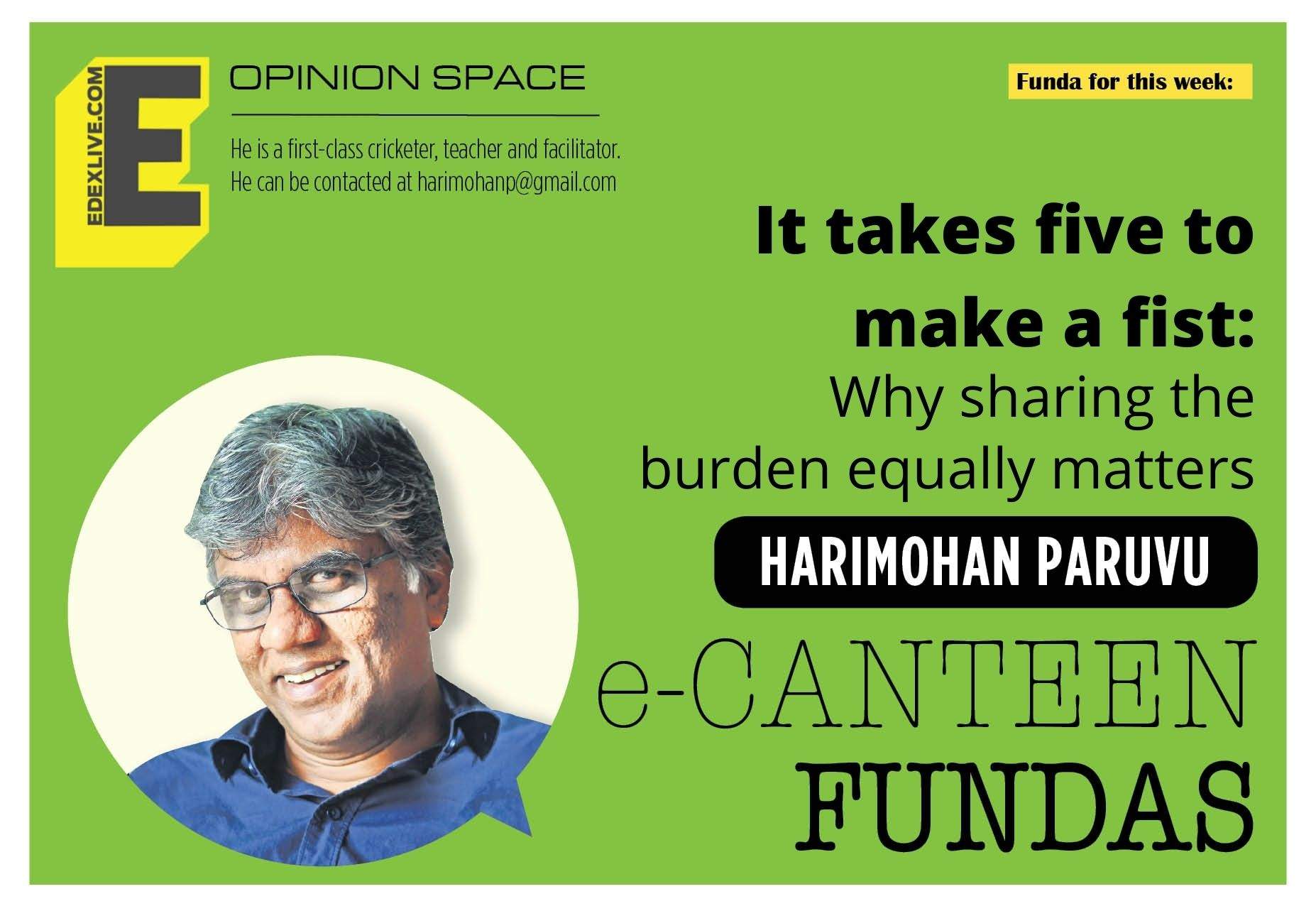 ‘We’re having problems with Nishi,’ said Rahul. ‘He’s our star player but his attitude is affecting our basketball team.’
‘What’s the problem?’ asked Rinku.

‘He’s not playing for the team,’ said Rahul. ‘He plays for himself. He does not pass to others, wants to score for himself. It’s affecting the team morale. The others are getting demotivated. What to do?’

‘Interesting dilemma,’ said Rakesh. ‘Should the star player with a bad attitude come first or should the team come first?’
‘We have to keep the star bhaiyya,’ said Rinku. ‘Else we will lose.’

‘Ah Rinku,’ said Rakesh. ‘The sum is greater than the parts as Aristotle said. The team carries a bigger punch when it comes together than what its individual parts are capable of, however strong they may be. The team is bigger than the individual.’

‘But bhaiyya,’ said Rahul. ‘He scores half our score. How can we drop him?’

‘Look,’ said Rakesh. ‘If he starts playing for the team, your team will score much more because the others also start performing. Instead of one person scoring 50 and the other four scoring 10, we have 5 players scoring 20 each. No good team depends only on one or few players. They all share the burden. That’s what makes the team resilient.’
‘How does that work bhaiyya?’ asked Rinku.

‘Imagine that your fist is your team,’ said Rakesh. ‘Now, hit this punching bag with everything you got. Can you hit it with full power’
‘Yes bhaiyya,’ said Rahul. ‘I gave it my best shot. Full power.’

‘Great,’ said Rakesh. ‘Now take one finger out of alignment from the rest of the fist and punch again. How hard can you hit it this time?’

‘Less than 50 per cent force bhaiyya,’ said Rahul. ‘If I hit harder I could damage my fingers and hand.’

‘That’s what happens when your team does not come together like a fist,’ said Rakesh. ‘Every part is important for the team to be at full potential. When one goes out of alignment, it damages the entire team.’

‘Whoa,’ said Rinku. ‘So what should Rahul do bhaiyya?’

‘See, most teams don’t understand the importance of coming together and respecting one another,’ said Rakesh. ‘So first explain to your players that the team is bigger than the individuals and everyone benefits when the team wins. Teams are stronger because it’s members are interdependent, holding one another up, and not acting independently. And if your star still does not align after that, replace him. You’ll see your team performing better without him.’

‘Thanks bhaiyya,’ said Rahul. ‘I’ll get all my teams – at home, college and play – together like a FIST.’

Pro Tip: For best results, your team must align like a fist. Every member should know and perform their roles in alignment for the team purpose. No one is greater or smaller.
Posted by Harimohan at 10:32 PM