It happened over a few rapid WhatApp messages. It was detected that Brother Joseph was to be in town around Christmas time (he is now stationed in Rome). Joseph Fernandes offered to host a get together. Suresh took over said he would host the party. 23rd was decided as the date. Joseph, Joel. Percy, Rajesh, me, Preetam, Venkatapathy confirmed. Farruk, Rahi, Swaroop, Balig joined us. Could have easily been more but for the time constraint, but this was good enough. 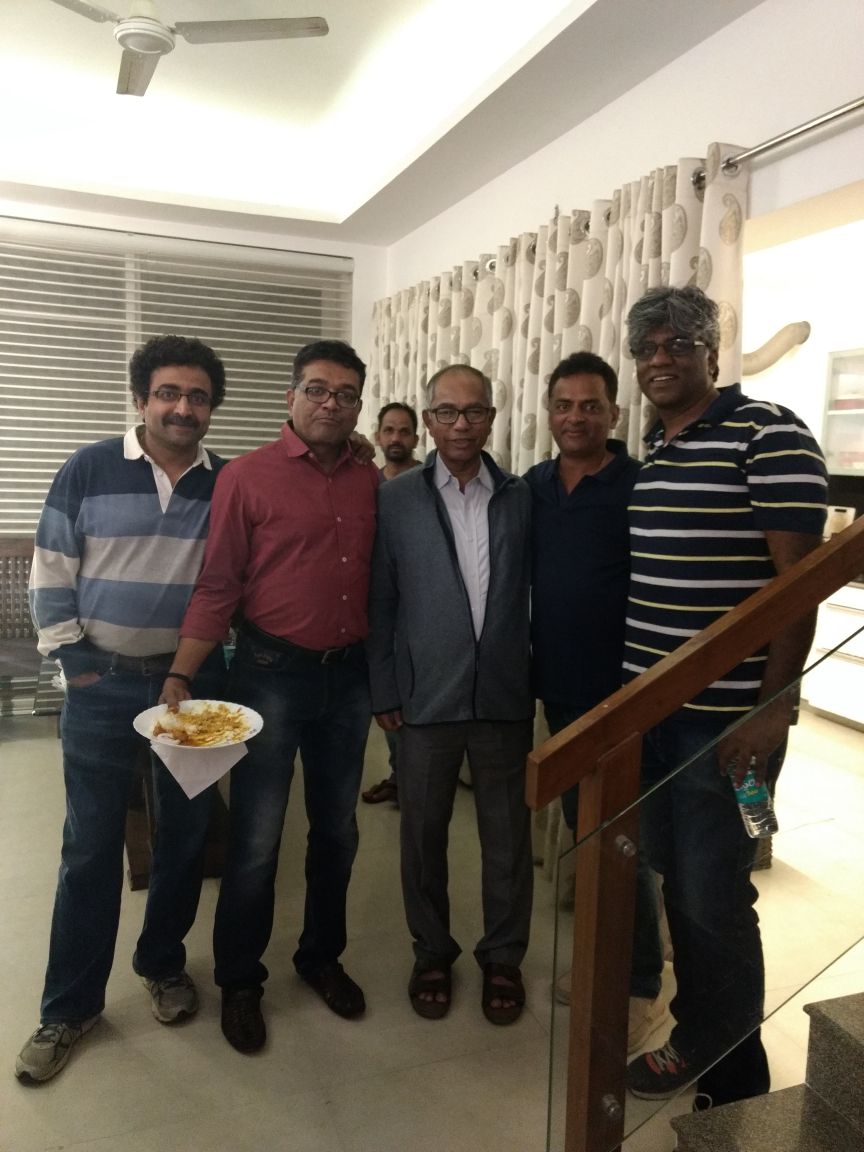 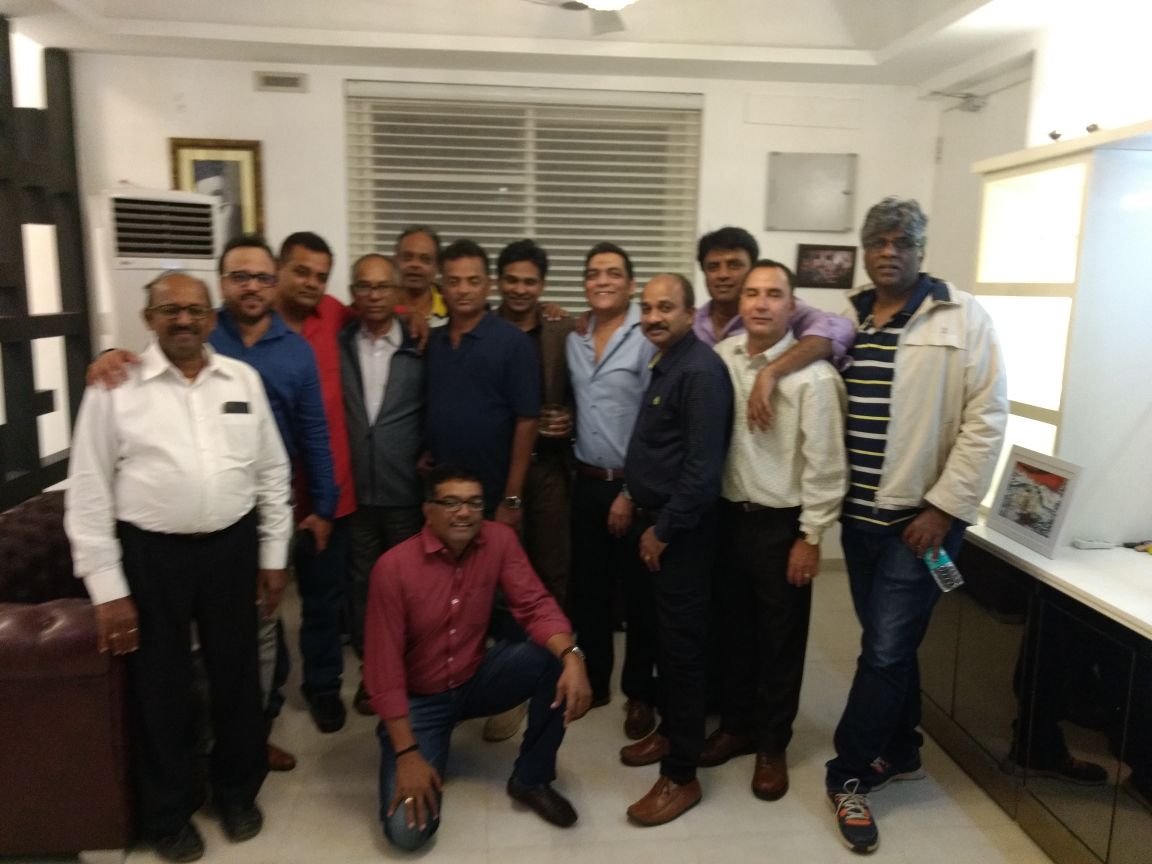 And then there came a small twist to what would have been a general get-together. Suresh called me on the 21st evening and said - Harry, I thought we should honour Bro Joseph. Why don't we give him a plaque? Could you write something? I can get it engraved. But I need it by tomorrow morning.
I sat and wrote out a few lines. They will never do justice to what Bro Joseph means to us and what he is but that's the best I could put together. 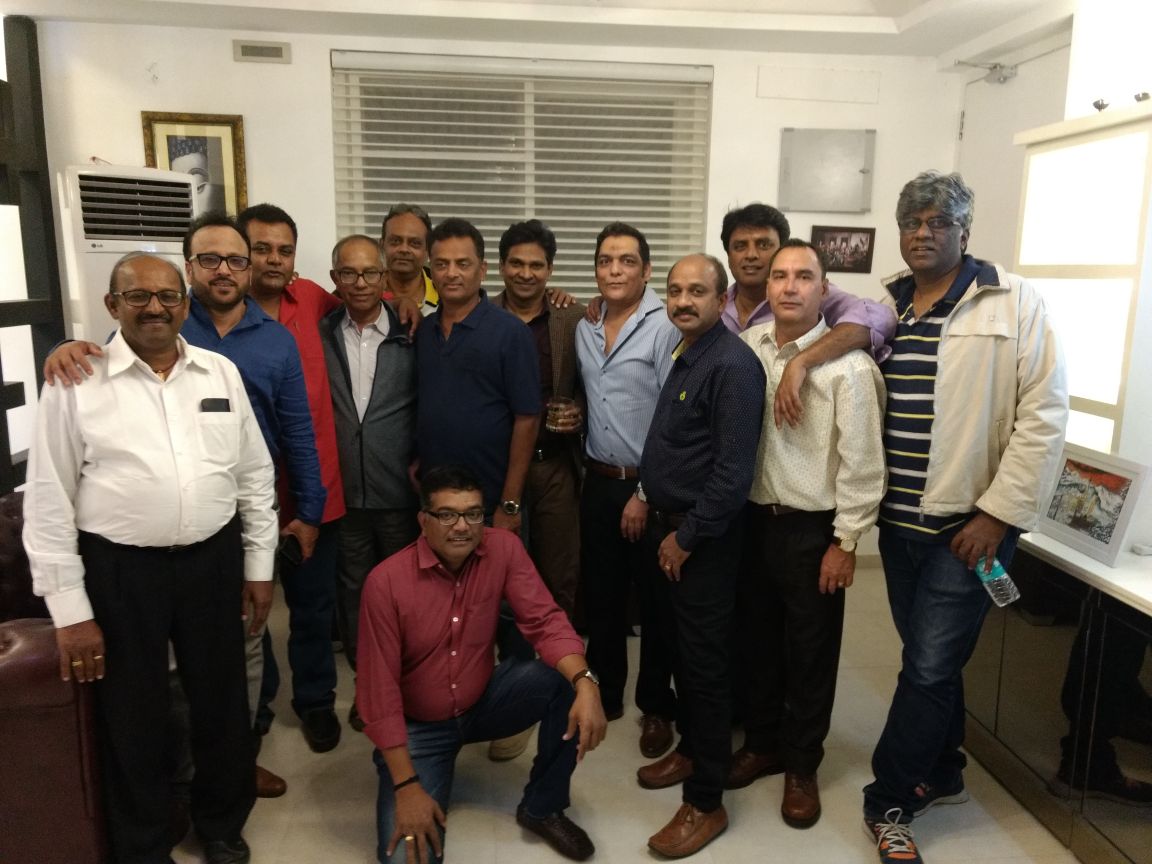 For the uninitiated Bro Joseph was known famously as the Cricket Brother of All Saints. Though we from All Saints try to appropriate him, he belongs to all cricketers, having been the manager and one of the early proponents of school cricket in Hyderabad. He was our Principal at All Saints High School and was a much loved teacher at all Montfort Institutions across India. He has done great work on tough institutions like Boys Town where he built a cricketing culture. Boys Town admits only the poorest of the poor and trains them with vocational skills and about 40% of them are speech and hearing disabled. One of his great contributions was that he developed teams and cricketers every place he went and made better people of us all. I for one, would have been half the man, but not for what cricket gave me and made me. In fact much of the cricketing culture that All Saints has can be traced back to Bro Joseph. An excellent cricketer, a hard hitting left handed batsman and a slow left arm spin bowler, Bro Joseph, cajoled great performances from all of us. He was indeed a great teacher, coach and mentor. 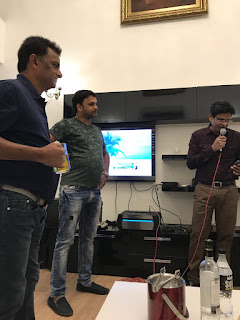 Some of the cricketers who owe it to him are Azharuddin, Venkatapathy Raju, Noel David, Khalid Abdul Quayyum, Abdul Azeem, Shahid Akbar, MV. Sridhar, Suresh, Ehtesham and on and on. But cricket was not everything with Bro Joseph, he used it as a medium to make better people of us. He was a great teacher and like he said that evening 'I loved all my children and that's all I did'. Spoken like a true teacher, parent. Also shows why we all  love him so much.
There was the usual catching up. Suresh, now a busy IAS Officer in Haryana, is someone we meet rarely. I met Percy Vowles who commanded a warship in the Navy and retired after 30 years - he was a wily off spinner and our senior in school. Joseph Fernandes knows everyone on the planet and its no wonder he was a popular head boy at school, one year senior to us. Rajesh Chetty, fast bowler and my class mate runs a paints manufacturing business. Farrukh Ali Khan, handsome and debonair, fast bowler and another class mate runs a very successful interiors business and we caught up after so many years. We used to share the same bench and were good friends. Rahi Prakash was studious and is a senior executive in Microsoft and another one from the fast bowlers club of our batch. Only Michael was missing. He is apparently in Vizag now.
Venkatapathy was the star of the evening, affable as ever, the one who played successfully for the country and two World Cups to boot. Swaroop played for Hyderabad and Baroda and West Zone and we played much junior and senior cricket together. Vijay played for Little Flower and we played a lot of cricket together and he was the successful captain of the University team when we won in 1990-91. Balig came late. Preetam still plays in Chicago, probably the only one amongst us who continues to play. Joel is the happy go lucky off spinner from B section.
As with all of Suresh's parties, everything was well taken care of. There was wonderful karaoke singing by Joseph who sings like Kishore Kumar, Suresh who sings wonderfully too and Swaroop. I sung my one song and got off. Lots of catching up and laughing. Suresh gifted a lovely painting to Bro Joseph after speaking of how he influenced him to do a lot of work for the poor and downtrodden. I read out what I wrote from the plaque and revealed an old secret - that I decided to play for the school after seeing a Sportstar picture of the Hyderabad Under 15 team that won in 1981 under the captaincy of Hariprasad. Swaroop, Doc, Chatterjee, Ehtesham, Subba Rao, Sanjay Bhatnagar, Mohan Nataraj were some of the players I remember from that team. Bro Joseph spoke from the heart and we were all moved by his emotion. Venkatapathy gave the plaque over to Bro Joseph and in a touching gesture touched his feet in the age old guru shishya tradition. Lovely. 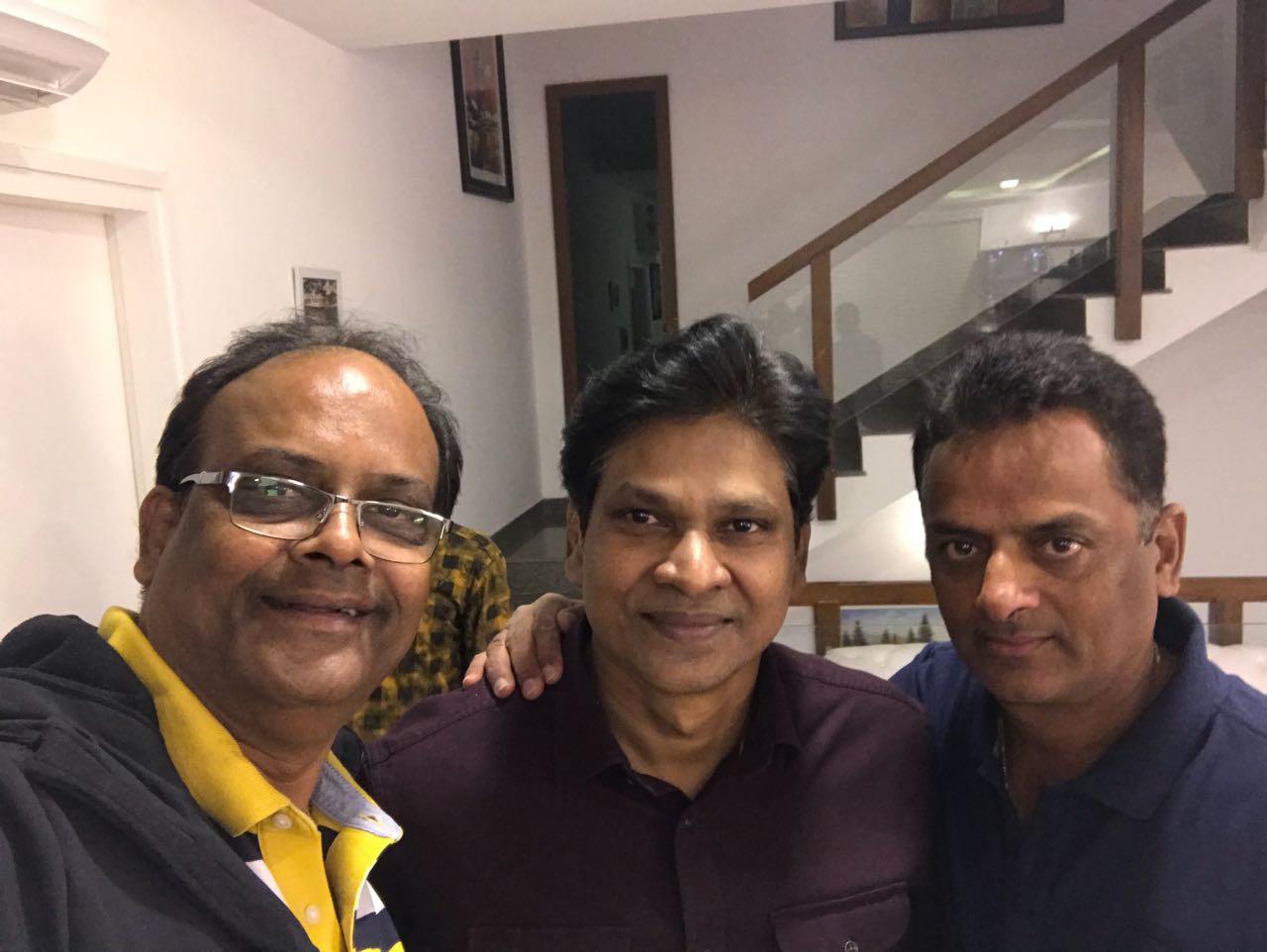 We stopped our revelry and stood in a moment's silence for Doc M.V.Sridhar who was an old pal and mate for all of us and who will be sorely missed. Also in memory of Chandu, Flyin, Suresh's older brother who played with all of us and more so with Sridhar because both of them studied in Little Flowers and then at Osmania Medical College. Chandu was a wonderfully gifted person, arm and affectionate, great dancer and entertainer with lots of energy. He was a fine fast bowler and all rounder.
Everyone spoke by the end of the evening. It was one of those evenings when everything is clapped for and applauded, hugs are tight and long, and no one wanted to leave really. We finally wound up at 1 am. Suresh said we should make it an annual affair. I am all for it. Thanks Bro Joseph, Suresh and Joseph for putting it together.

Wow, would love to listen more about Bro Joseph and this get to gather sir.

Oh yes, much to talk about him. Wonderful wonderful person.